Valvrave the Liberator (革命機ヴァルヴレイヴ, Kakumeiki Varuvureivu?, lit. Revolution Machine Valvrave) is a Japanese mecha anime series, produced by Sunrise, which premiered on April 12, 2013. The series took place in a futuristic date in which is the year 71 of the true calender where three factions divide 70% of the human race and these factions are constantly at war. The story focuses on Haruto Tokishima, a high school student from JIOR's Module 77 who pilots one of the few highly advanced weaponized mecha technology called Valvrave to stop the invading Dorssian forces.

True Calendar (T.C.) 71 - A new age where 70% of the human population lives in space thanks to the development of "Dyson Spheres", a city in space. The world is divided into two main powers: The Dorssia Military Pact Federation, a power which grew out of a military alliance, and the Atlantic Rim United States (ARUS), which grew in power as it expanded its trade agreements. The minor nation of JIOR has declared neutrality between these two forces and maintains its peace through economic prosperity. Within the JIOR's Dyson Sphere, Haruto Tokishima lived an ordinary life as a high school student in the division known as "Module 77"—until the Dorssian military begins their sudden invasion! But the whole world will be shaken when Haruto meets the mysterious humanoid weapon, Valvrave! [1][2]

Haruto and his comrades continue to fight against the forces of Dorssia. However, many things remain unanswered in the midst of battle, including the past of L-elf and his fellow soldiers' past, the destiny of the mysterious girl Lieselotte, and the feelings of Haruto, Shoko, and Saki. The relationships and loyalty of each and every member of each army will be tested as the clash of ideals and power reaches its climax.

Haruto Tokishima is the protagonist of the series. A student studying at the Sakimori Academy in JIOR's Module 77. Finds and later pilots the Valvrave Hito.

L-elf is one of the Dorssia Military Pact Federation's elite super-soldiers, dubbed as the "One Man Army". He has the ability to calculate and predict the future.

Shoko Sashinami is the childhood friend and love interest of Haruto. Pilots the Valvrave Hito after Haruto's death to carry on his dream of coexistence.

Saki Rukino has a very sad childhood and wants to be famous, but is actually caring and protective of others. She is the lead singer in her school's pop song. Pilots the Valvrave Hinowa.

Kyuma Inuzuka is a rather money minded person but he is kind. Has a crush on Aina Sakurai and after the latter's untimely death, Inuzuka pilots the Valvrave Hiuchiba to avenge her.

Raizo Yamada better known as Thunder is a school gangster. Although hot-headed and short tempered, he values friendship. Pilots the Valvrave Hikaminari to avenge his friend Nobu.

Akira Renbokoji is a skilled hacker and the younger sister of Satomi who became a hikikomori after being excessively bullied in school. Pilots the Valvrave Hiasboi to protect Shoko.

A-drei is the leader of L-elf's team. A proud Dorssian soldier. Later shot in the eye by the L-elf and does not believe in L-elf's betrayal.

X-eins is a member of A-drei's team and is a calculative tactician.

H-neun is a flirty member of A-drei's team. A master in melee combat.

Q-vier is a young and bloodthirsty member of A-drei's team.

Cain Dressel is a colonel in the Dorssian forces, one of the Magius and the main antagonist of the series. Pilots the captured Valvrave Tekka which is later renamed "Dainsleif" or "Dainsrave".

Kriemhild is a major in the Dorssian forces and one of the leaders of the royalists.

Aina Sakurai is a friend of Haruto and love interest of Inuzuka. Very caring but extremely shy.

Takumi Kibukawa is an undercover JIOR soldier working as a physics teacher in the Sakimori Academy.

Rion Nanami is a trainee teacher whose attractiveness makes her very popular among the male students.

Yusuke Otamaya is Haruto's friend and a geek with vast knowledge about machines.

Satomi Renbokoji is the student president of the Sakimori Academy. Arrogant at times and easily pressured by threats.

Takahi Ninomiya is a member of the student council and in charge of the women's athletic department. Always acts like a high class noble woman at the academy.

Valvrave is a series of unusual mecha created by JIOR. 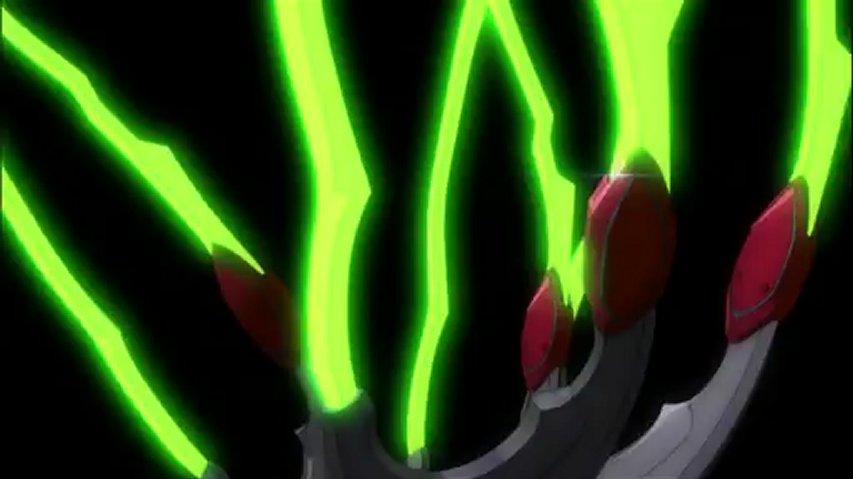 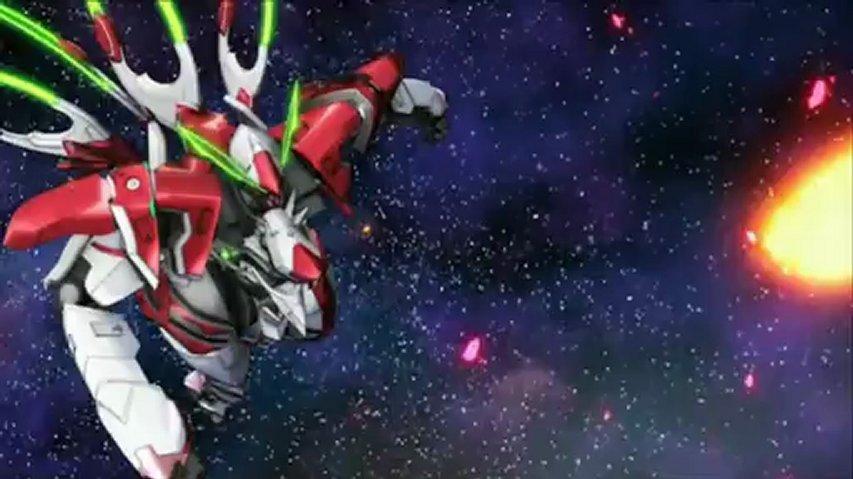 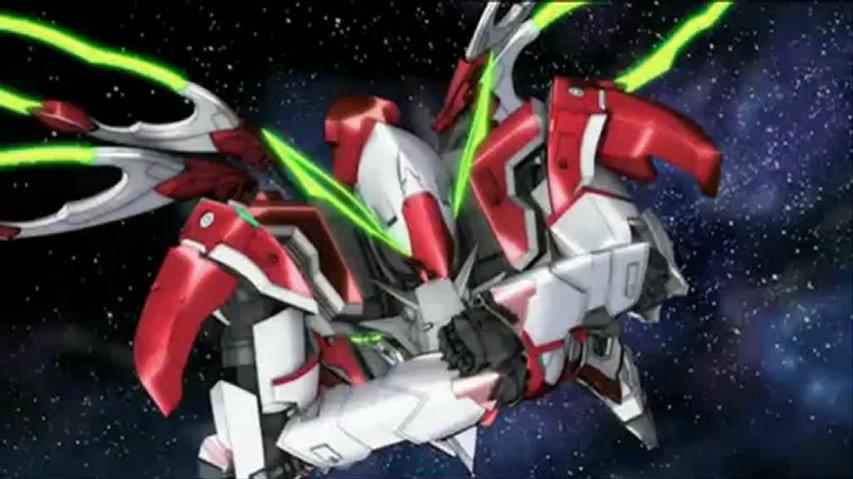 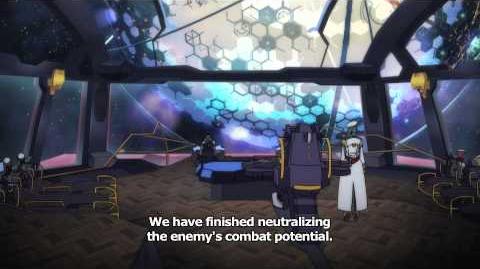 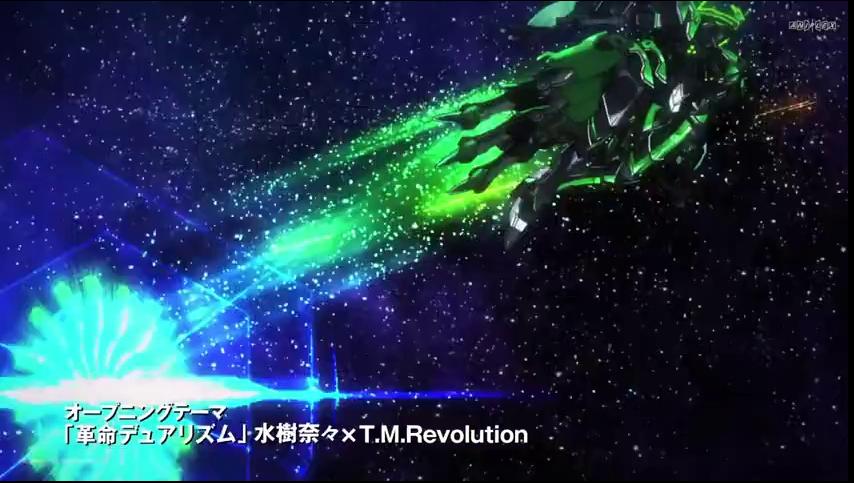 Kakumeiki Valvrave S2 trailer
Add a photo to this gallery 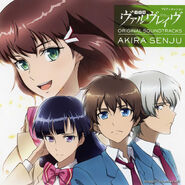 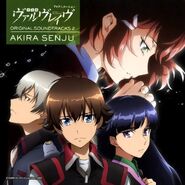 Original Soundtrack 2
Add a photo to this gallery

Retrieved from "https://kakumeikivalvrave.fandom.com/wiki/Kakumeiki_Valvrave?oldid=21714"
Community content is available under CC-BY-SA unless otherwise noted.